Introduction to PYCON MY PLT 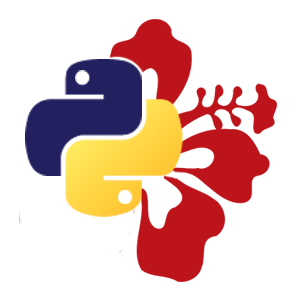 The usage of the Python programming language has increased explosively in the past years. Python is currently now being used in a multitude of industries, from the web, to film production in Industrial Light and Magic and even for NASA.

PyCons are conferences about Python usually done by grassroots volunteers within a certain geographic area. PyCon started first in the United States in 2003 in Washington D.C, and have grown worldwide and done yearly in many regions and countries like Europe, Japan, Australia, Singapore, China South Korea, India and Malaysia. Malaysia had it’s first mini PyCon in 2014, and in 2015 we had our first major PyCon MY.

After organizing PyCon MY for the past two years, we have realized that getting the Python community to get together for a few days a year to share knowledge and compare experiences allows the growth of ideas, and also exchange of skills, which will lead to a spillover of greater cooperation even after the conference is over. Stronger ties between developers and users of Python can be nurtured better when there is a real human interaction, which is definitely a big plus to the community. But we need to have continuity to provide the opportunity for people to get together to actually see the affects in the long run, and just providing a space for a few days a year for people to get together doesn’t seem to be enough. There should be more to that, and continuity and horizontal connections is the key.

In order for us to have continuity and also transparency going forward (especially concerning sponsorship monies), on 17th Dec 2015 we have incorporated PYCON MY PLT (LLP0006642-LGN) as a Limited Liability Partnership under the laws of Malaysia.

The current board members of PYCON MY PLT consists of:

The board can be contactable via board@pycon.my

PYCON MY PLT’s purpose, as defined in it’s contract of incorporation are:

From 2016, PyCon MY (or PyCon APAC, if we’re hosting) will be organized and managed by PYCON MY PLT, with PYCON MY PLT will be the beneficiary of any sponsorship. We will also try to work with other python or open source communities to organize events beneficial to the community as a whole.